We can change the world one child at a time


We CAN change the world, say my ninth grade students Kerrie and Madison. These girls chose to animate a song using Nomad Paint brushes on touch screen (Lenovo m90z) computers and a Bamboo tablet for their Freshman project (see assignment here). They each animated half of this film. There is a definiteimprovement in their abilities as each half of the film progresses.

Do you think you can change the world? You do it every day you work with children.

A story of a baby in a Bag

The small, brown baby was half dead when Moses the farmer got him back from the raiders. The raiders had descended upon he and Susan's farm a few days before, burned the barn, and drug off Susan's best friend, Mary, who refused to let go of her infant son. Moses had met with Quantrill's raiders because Susan said he had to and although Mary was now dead, when the limp burlap sack was tossed in his direction; Moses knew what it held.

Moses held the child next to his own skin in the frigid air as he walked home without his only horse that he had traded for the child. Moses told that child he would take care of him. From that day forth, the baby, named George Washington, would take Moses' last name, Carver, and be his son. 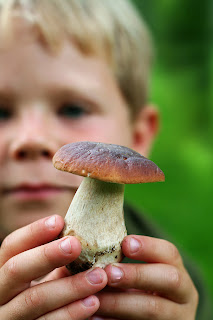 George Washington Carver, of course, went on to invent more uses for the peanut and sweet potato than we can imagine. When George was nineteen, he took his dairy science professor's six year old son, Henry Wallace, on weekend botanical expeditions. The young boy developed a keen understanding about how he could help society with plants.

Henry Wallace may not be remembered by many, but he served as the third Vice President under Franklin Delano Roosevelt. During that time, he created an ag station in Mexico with the single purpose to hybridize corn and wheat for arid climates. Henry hired a man named Norman Bourlag to run that station.

When Norman Bourlag was 90, he found out just what he had done as he served at that station. You see, Norman, had saved over 2 billion people from famine, as calculated by the Nobel committee and other scholars as they awarded him the Nobel Prize.  (Bourlag is called the 'Father of the Green Revolution.')


Pour your life into a child.

When you pour your life into a child, you have no idea what impact that the relationship will have upon the world. Who would imagine that weekend excursions with a 6 year old boy would save the life of 2 billion people.

When we help ignite a passion for learning and invention in children, that, my friend, is our date with destiny.

See this time you have left in this school year and ever day of every school year as an opportunity. Never make excuses or have a victim mentality about teaching - you can control your classroom more than you care to admit. You don't have to settle. You don't have to make excuses to be a bad teacher and hand out yet another worksheet. If your kids are all asleep the WAKE THEM UP and fall in love with teaching again.

I would rather have my students collapse from exhaustion not boredom.

Time to teach. Teaching is the greatest calling - LIVE LIKE IT! Hold your head up and move forward to TEACH.

Photo Credit: Big Stock
A big hat tip to Andy Andrew's book The Noticer where I first heard some of the historical facts mentioned in this post.