IPhone iTouch Birds of a Feather

Connectivity has been pretty rough here and I'm sorry I haven't been able to get to you, the readers out there who want to know the deal.

I've been writing blog posts in notepad (because MS word does such a horrible job with code) and will post later.  Now, gearing up for a busy day with 3 presos and a stint in exhibit hall.  Just going to watch debate on ustream for now.
Vicki Davis at 8:16 AM
Share

Catching the Flattening Bug and the Great Debate of 2008

A simulpost with my blog on Edtechteacher Ning

Tonight I had dinner with Tom Daccord as we continued to prep for tomorrow's workshop. I must say that I am so impressed and continue to be impressed with The Great Debate of 2008. Tom, the project's founder shared how the project started with a simple few wiki pages and a Ning and how it basically took on a viral life of its own. He said that the students were so eager to share and far exceeded his expectations.

This is it! It is flattening. Authentic audiences with authentic research with differentiated artifacts and good teachers -- it is so powerful it is addictive.

As I listened to him talk, I could see it. I could see the glint. THAT GLINT. Sort of like an adrenaline junkie who has first gone skydiving and you know they are hooked -- the glint of someone who has seen the thrill of excellent, meaningful education where the students are motivated and just almost wear you out with how much they do. It is addictive and just great!

Now, we're getting ready for class tomorrow and you can see our agenda on the wiki. On Friday at 1 pm EDT we will be using Elluminate to reflect on what we have learned. (If you are in the workshop, feel free to share the agenda page - the link will be posted there on Friday morning. People from anywhere can participate as you have your Teacher Summit to reflect on what you have learned.)

I am so excited about this workshop - it has been a chance to take the materials and content that Julie and I have developed and take it to the next level!

So, if you're in the workshop - see you tomorrow!

I've been getting a few emails and tweets about what sessions I'll be doing at NECC.  I always keep my public calendar on the left side of my blog, but here is a copy for those who may want to figure out if there are any sessions of interest.  The wiki, Digital Citizenship, and Bookmarking sessions have been full for about 2 weeks (but feel free to check and see if there are cancellations) and I'm getting quite a bit of email on the birds of a feather sessions (which you do NOT have to preregister for!)

There are so many GREAT people at NECC and I hope to meet as many of you as possible.  For now, I have an awesome group of educators that Tom Daccord and I will be teaching how to flatten their classroom tomorrow at Boston University.  (You know if you're in Boston, there might be one or two slots open, not sure, though.)

Friday, we do plan to have an elluminate session - as soon as it is scheduled, it will appear on the calendar below.  Hope to see you at NECC or virtually as many of these sessions will be streamed and thank you.

Hardlink to the Future: QR Codes 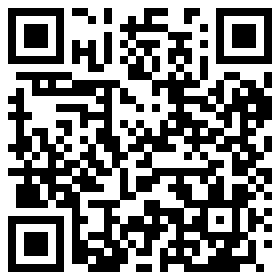 So, if this was in the physical world -- say by my door, someone could read it with a QR code reader and it would give them the information coded into it via a text message - or perhaps eventually put that information into their contacts.

Now, this sounds kind of silly to some, however, it has some very interesting applications. For example, you want to remember the details about a person - you can snap a picture and all the information is there without having to write it down or worry about the fact that you were too far away for it to show up in the photo.

Nike did this with a Mountain Dew promotion this past February using MMS - which is texting that includes pictures.  Geraldine Jones from the University of Bath seems to be doing some interesting work in this area and QR Code scavenger hunts are popping up.

Hall Davidson has been talking about these for some time in his ever popular cell phones in schools presentation (which I think he's giving at NECC again this year.)

This is definitely an emerging field of which I am NOT an expert. I'm sitting here with lovely printed QR codes trying to make my cell phone read them and convert them in to text and right now, it looks like my Motorola v750 doesn't meet the "qualifications" to make this work.  Just so you know what I know. I've pasted in the many twitter responses on QR Codes and perhaps we can learn together.  One thing is for sure, I will make this WORK before Saturday when I'm doing a cell phone workshop.  There are so many great things, but to me, using these in museums and in the "real world" can create some deep learning experiences -- see, now these QR codes are just attached to text, but what happens when they have video, audio, and more attached to them.  Your child who is fascinated by the caveman exhibiltion at the Smithsonian will scan the QR code and have delivered to his cell phone video, audio, perhaps even books (in a Kindle like way) relating to his topic.

Hardlinking is going to be important because it is the next natural progression of things.  GPS devices and QR Codes are further linking us into a rich web of learning.

The first response that most people have to this sort of thing is:
How stupid?
Too much technology, why don't we get out and play?
Who on earth would want to do that?

However, as my Dad used to say -- if everybody thinks it is a good idea - you're too late.  I seem to recall the same things being said about twitter 2 years a go.  This is life and life is change.

So, if you are a QR Code expert - teach me and how do I make this bloomin' cell phone read those things without racking up horrible data charges! Ughh!


0 more result since you started searching. Refresh to see them.