I would like to share an article that two of my amazing pioneering students and I wrote about our experiences on Reaction Grid and in virtual worlds.  I promoted these two students to estate managers of Digiteen Island and the F.L.A.T.S. and they have done amazing work with it.  This was printed in the Fall Issue of the SIG Innovative Learning and Technology newsletter which I've embedded at the bottom of this post. If you're not on this Special Interest Group for ISTE and you love technology - you're missing out!  You can see Trent and Tyler interviewed on Leon Cych's blog Post about the Open Source Virtual World Pioneers. 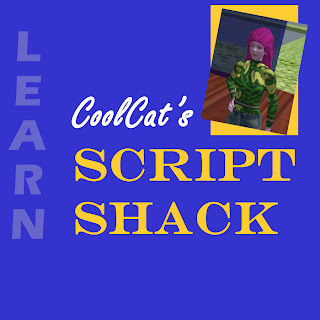 From Vicki Davis, Teacher - Moving My Class Into a Virtual World: Driven By Students to Innovate

When my 2008 Freshman class was brainstorming their ideas for an action project on digital citizenship, they kept coming back to virtual worlds.  As part of  the Digiteen project, they had to teach another student group about digital citizenship in a project of their choosing and design.  As the teacher, I advise the student groups and help them find tools that we can use at school to accomplish their task.  When looking at the profile of students that needed digital citizenship education, they kept coming back to the virtual generation (we finally called them Generation "V" for virtual last fall and since then, the Gartner group has also begun calling them Generation V.  To reach these students we needed a virtual experience, my ninth graders said.  So, we went down two paths with one group choosing Woogi World to teach fourth graders about digital citizenship and another using Google Lively to allow virtual interactive experiences for middle schoolers. They chose Google Lively because of the cost (it was free) and also because of how easy it was to get on (you launched a web browser.) 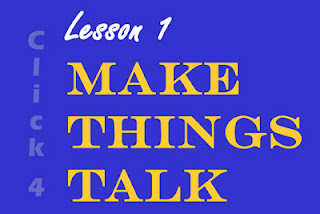 The Google Lively group embarked on an amazing experience, partially because they designed so many very robust rooms so very quickly and secondly because after one month and some elaborately orchestrated "performances" in Lively, Google announced they were shutting the world down.  After helping my students express their opinions by creating a blog and hosting a Lively in-world protest (during which 3 minutes before a griefer came in and deleted half of the room and thus my students have a great concern for Gridizenship) my students could not let go of virtual worlds. 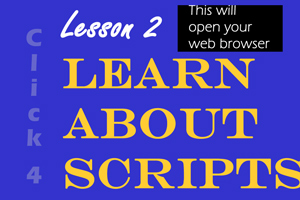 Trevor Meister from Canada read the students' blog and offered some space on ReactionGrid for them to build their Digiteen Island.  (ReactionGrid is a commercial site offering PG non-commercial world using OpenSim with islands running about $25 a month. As full disclosure, they were an in-kind sponsor for the NetGenEd Project awards show this past spring.)  The student vision was to construct a virtual world that would teach digital citizenship without a person having to be present through the use of smart objects.  Smart Objects are objects placed in the world that have action and objects that teach.  For example, they put boxes in Camelot in Atlantis (a castle with an underwater lake in the center) that would hand objects to teach students about copyright using a script on the box.

From Trent H - Teaching in a Virtual World and Gridizenship

There are two huge benefits to teaching in virtual worlds.  One, people are more attentive to something when they are interacting with it.  The second, there are so many ways you can make it interesting. For example, as you read a book in your literature class, you can be building the scenes as you read them.  Not only does it make reading the book more interesting, but also it deepens your understanding of the book itself.

Another great example would be how you can use virtual worlds in a math class. In a virtual world, to build something you must have the correct x, y, and z coordinates.  This is to make everything seem much more realistic.

Gridizenship is how you should act toward other people and the things that they have made. Gridizenship is extremely important if you want to help other people. For example, would you rather be taught by someone who is completely closed to your thoughts, or someone who is not only willing to hear your thoughts but also tries to help you put them into action? The answer is clear.

We have had more than one experience when people have come in and demolished what we have done. One, as Mrs. Davis mentioned, was in Google Lively. In Lively we were just about to hold a protest when someone, still unknown who, came in and deleted most of the features that we had added to the room. Although this proved to be a giant dilemma, it did nothing but arouse the entire class' morale and within a matter of minutes we had the entire room looking better than it had before.

The last thing that I have to say has something to do with humanity. When you have been in a virtual world for a few days you should have obtained somewhat of an extensive knowledge of how to move and act. The first thing that will pop into your mind when you see someone that has just started (you will be able to tell because the program starts everyone out with the same avatar) is,


"What can I teach this person that will enable them to bypass the troubles that I had?"


So, when you first start you will more than likely be extremely excited about the simple things that you find out how to do and want to try it in different locations, so don't overload the person. Simply try to find out when the person will be back and possibly set up classes when you can teach the person how to use the there newfound knowledge.

Now, smart objects are things that give people information. When you put a smart object into your sim you will do two things. One, you will make your grid seem much more inviting because you have something that tells the person where they are and what they can do. Secondly, you can potentially slow down your actions. This means that your moves may be slowed, or even stopped. (To help prevent this I suggest to try and befriend some of the administrators, they can bring your grid back up if it crashes.)

I was the person who constructed large 3D objects and found that the best objects were avatar friendly. Avatar friendly means that whatever the thing is, it doesn't hinder your avatar in any way. For example, when you are building a house, make the doors taller than normal and wide enough that you can get through with ease. Also in a grid like Opensim, you can fly. So to help you out with flying, make your building without a roof so you can fly straight up for a quick adjustment of scenery.

Vicki Davis, A Teacher's Quick Tricks for Teaching in a Virtual World
To teach in a virtual world you have to understand the dynamics of the world.  Three practices helped me considerably: 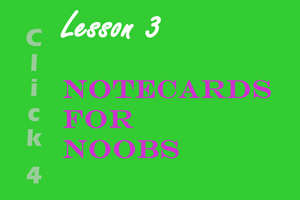 Truly, I am still totally a beginner and giants like Peggy Sheehy, Bernajean Porter, Marianne Malmstrom, Kevin Jarrett, and Kyle and Robin Gomboy  and Chris Hart from ReactionGrid mentor me but the results are powerful and I've learned enough this past year to allow me to jump into virtual worlds without the significant learning curve I had the first time.

However, as my students and I learned together, I saw real leaders like Trent and Tyler emerge to teach and mentor me as well.  Virtual worlds have incredible potential but we have to continue to share our best practices to help those who are teaching learn more about how to do virtual worlds efficiently. I look forward to the day when I can build an area and give it to another teacher and vice versa as we create legacy projects that can be inherited and built upon to allow students to immerse themselves in deep learning that we can barely imagine now.

Vicki Davis is a teacher at Westwood Schools in Camilla, Georgia and blogs at the Cool Cat Teacher blog.  She and her students were recently named OpenSim Pioneers.