Shocked and agast, my son's pants were agape. Last night was the final game on the season and, the 26th straight win for the Westwood Wildcats and my son blocked a 270 pound behemoth with his pants flapping in the breeze.

My son's pants ripped during the last football game. When I say rip, I mean a big old tear from crotch to way up the back. My son's gray sliding pants were his only salvation from indecent exposure.

Last week I had snatched up the pants and was preparing to mend them when my son interrupted emphatically:


"We're wearing the orange pants for state, Mom, don't touch 'em. They'll get fixed in the off season when they send them in to the shop."

OK, so the word "shop" should have let me realize that I was being taken to the cleaners. Imagine my shock when I look at those boys coming out of the locker room and there I see my son's grey sliding shorts and those pants and the big old rip traveling quietly up towards the waist band in the back like spilled syrup on my kitchen counter.

Isn't it funny how we're not shocked at our children as much as we say,


"What is everyone going to say about his Mama, not fixing his pants like that?"

But after the game. After we won a second state championship in a 33-21 nail biter (it was tied 21-21 with 2 minutes to go in the fourth quarter), he sheepishly said,


"Mom, it would have been bad luck for any of us to fix our pants. We all agreed to leave the tears in our pants. When you're winning, you keep doing what you're doing until it doesn't work any more."

At that point, I didn't care what anyone said about his Momma, I was just glad they won (and very glad he was OK.) But his words echoed in my ears.

Fixing What Works Breaks What Works
Sure, it was to the point of superstition and but all I could think of was some teachers I know caught in very nonsensical situations.

For example, in the state of Georgia, there were some schools that were climbing in Math scores but the state required them to move from Algebra I, Geometry, Algebra II, etc. to Math I, Math II, and Math III and many of the best math teachers were lost in some districts. 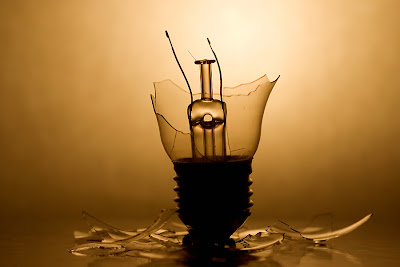 In the south the saying goes,

But we don't listen to that in education. Here are just a few examples I can think of: 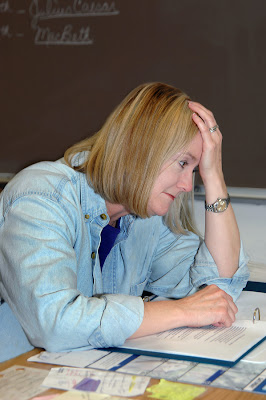 If you wonder why the US education system is spiriling downwards, I think we've spent the last 10 years breaking what worked and not fixing what was broken. As an advocate of teacherpreneurs (see my Washington Post oped The Freedom to Teach,) I personally think that you hire the very best teachers, give them the freedom to teach, and hold them accountable.

I'll be accountable for what I do in my room. If it goes well or awry, I'll take credit. Good teachers feel the same way.

Sure, there are some teachers who aren't behaving like professionals. But in many ways, people who are real professionals go running the other direction when they are treated like some sort of robot who has a job to tighten a bolt.

Sure, my son's air-conditioned game pants are quite an extreme example of wanting to keep the status quo, but his words are wise.

"When you're winning, you keep doing what you're doing until it doesn't work any more."

We need to focus on fixing what is wrong about our individual schools and leave what is right. Just help improve what is right. Treat those who are doing a good job with the professionalism to be part of their improvement process. Kaizen is important, we must all be improving all the time.

A great teacher will fight an administrator who wants him or her to do the wrong thing in the classroom. A great teacher believes in the nobility of the "cause of teaching." Yes, teaching is a calling and a cause. If you don't teach, you wouldn't understand. If you're in love with those crazy, fun, exhausting, hormonal kids that pile into your classroom every day, you know exactly what I mean.

You want to do what is best for your students. Yesterday, my Dad wrote on my son's "game poster" for our player poster wall (where every player had an encouraging poster.)

"Get better and better every day in every way."

It is time to stop listening to the argument that to go forward we must first go backwards. That is completely preposterous. Unless you have leukemia it isn't true and neither is it true in life. There are a few schools horribly broken that need a complete overhaul. But many schools become disabled as they overhaul the wrong thing and try to fix what isn't broken.

Yes, that is what we need to do, Dad. In the game, in our classrooms, and in our lives. We need to get better and better every day in every way.

If it is working, we make it better. If it is broken, we fix it.